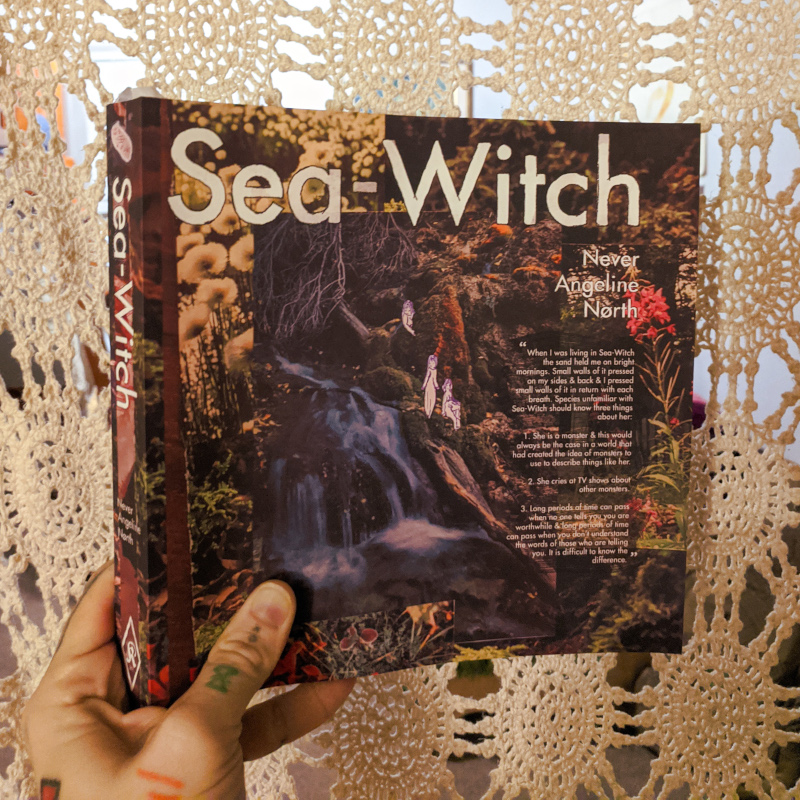 Sea-Witch by Never Angeline Nørth
2020, Inside the Castle
print or pay-what-u-want digital
Note: Gumroad currently doesn't support letting me give you the full Sea-Witch PDF for free, so you can get that here.

Sea-Witch is a hybrid-genre text that is part transgender memoir, part anticapitalist manifesto, part religious text, part fantasy novel, and part contemporary queer mythology. It is the story of a monster named Sara who has taken refuge alongside other monsters living inside the body of a witch-god called Sea-Witch. The monsters who live in Sea-Witch are all part of a cult that prays to a meteor to come destroy everything, thus ending the terrible reign of The 78 Men Who Cause Pain. The book explores the world of Sea-Witch in fragments that take the shape of poems, prose, short plays and comics, which are accompanied by photos, drawings, nudes and scribbles. Narratives come from many perspectives and jump backward and forward in time. Sea-Witch deals with trauma, mental illness, sexuality, spirituality, and transness through a lens of surrealism and absurd humor. 18+ 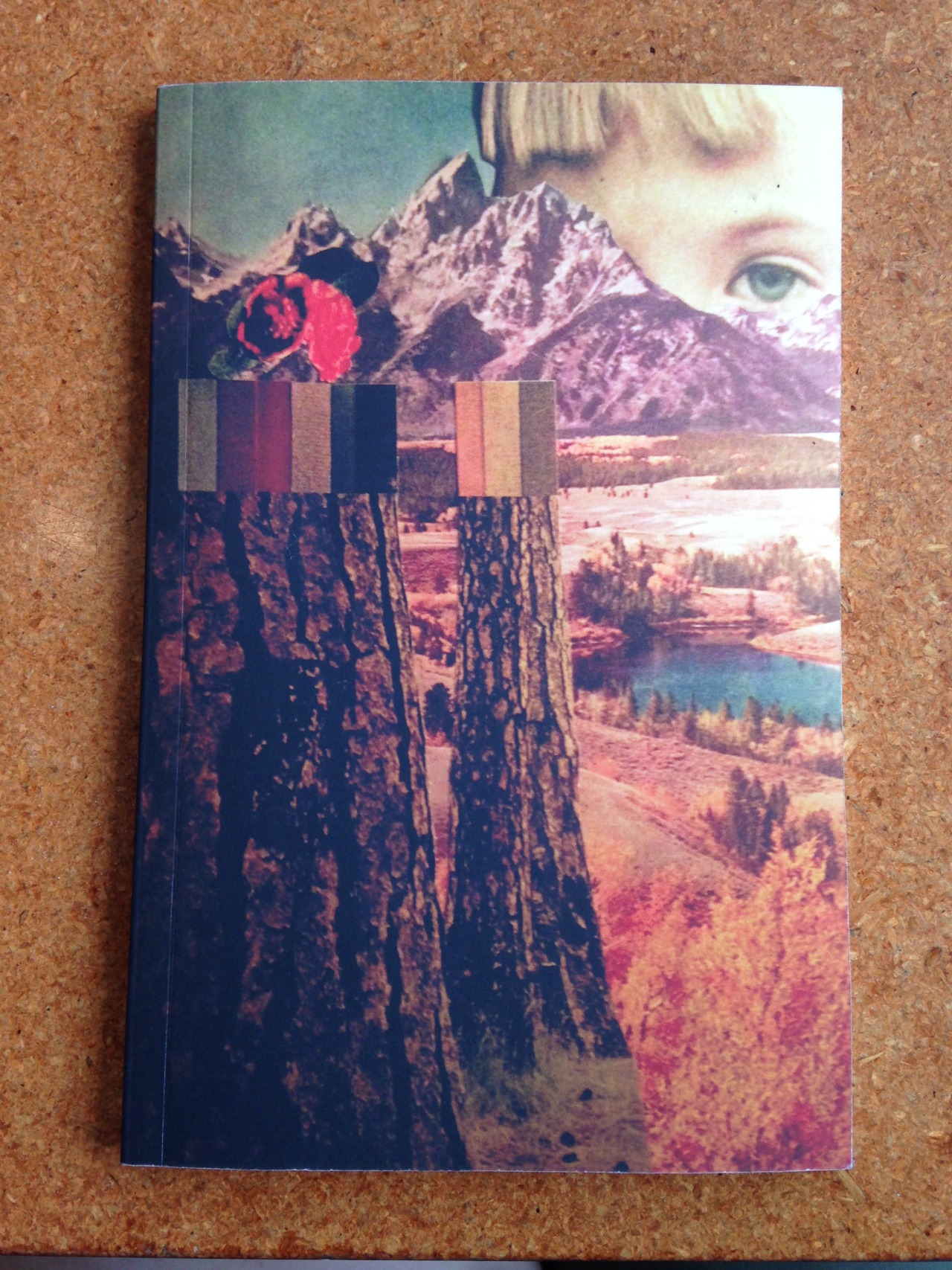 Careful Mountain is a kaleidoscope of nature, broken love poems, run-on sentences, and letters full of digressions that take on a life of their own. This volume has Woods/Angel/Nørth approaching lyric poetry but never quite letting it take hold. Featuring an 8-part poem titled Speckled Flowers that spills into the 16-part poem Warm Morning, that spills into a mess of romantic, broken, playful surrealist letters to various subjects and fictional characters. This book lives in a world of its own, and, as is usual for Woods/Angel/Nørth, makes gestures toward prior books (Sara or the Existence of Fire) and those to come (Sea-Witch). 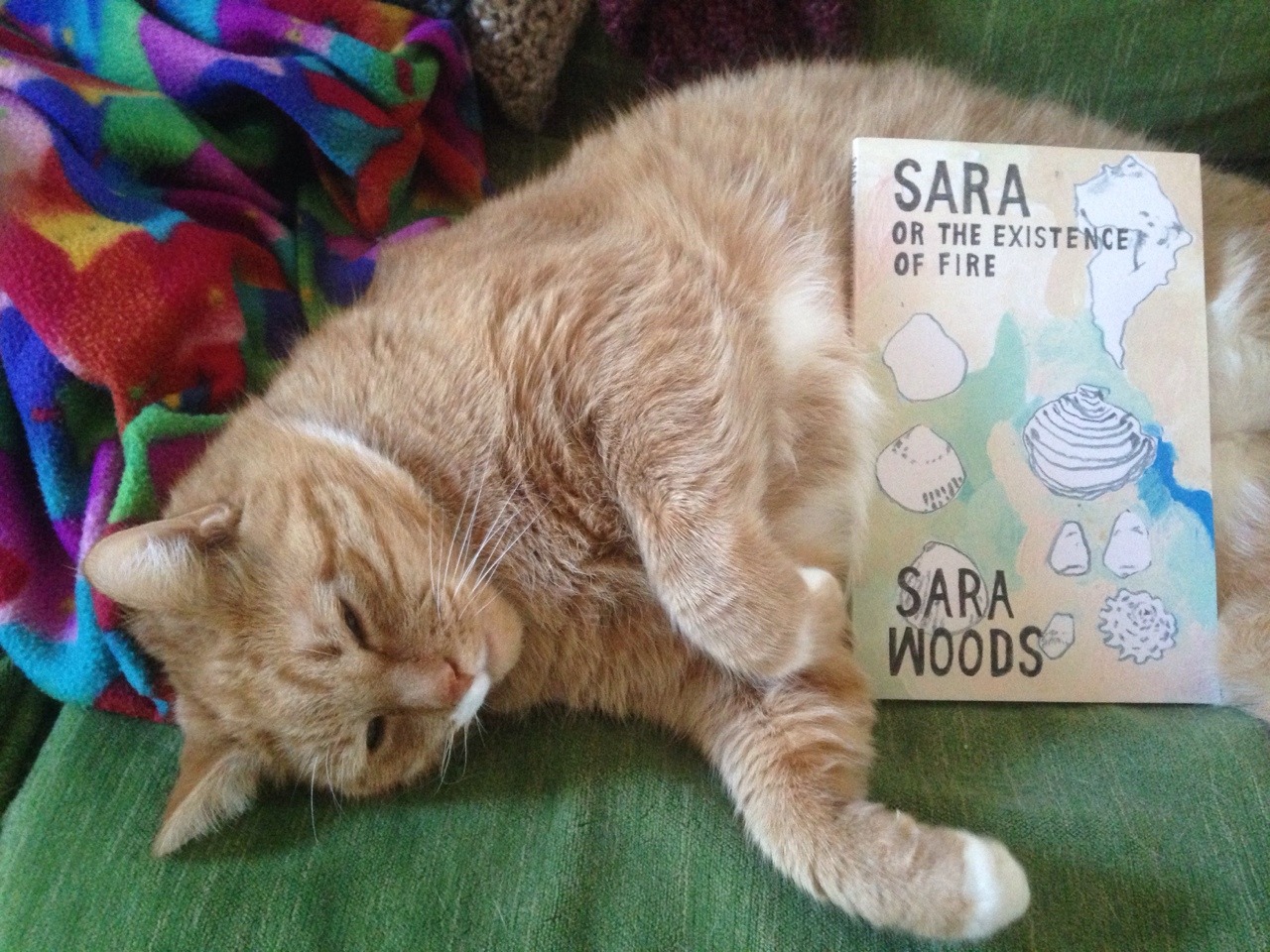 Sara or the Existence of Fire by Sara Woods
2014, Horse Less Press / 2019, oh! map books
get print or pay-what-u-want digital

Sara or the Existence of Fire is a dreamy and strange prose-poem novella about a girl named Sara and her dog. Written pretransition, the author imagines a dream version of herself as she could be after transition while confusing danger seems to lurk around every corner. Sara or the Existence of Fire establishes many of the conventions that would be later referenced and explanded upon throughout both the Sea-Witch series and the poetry collection Careful Mountain. 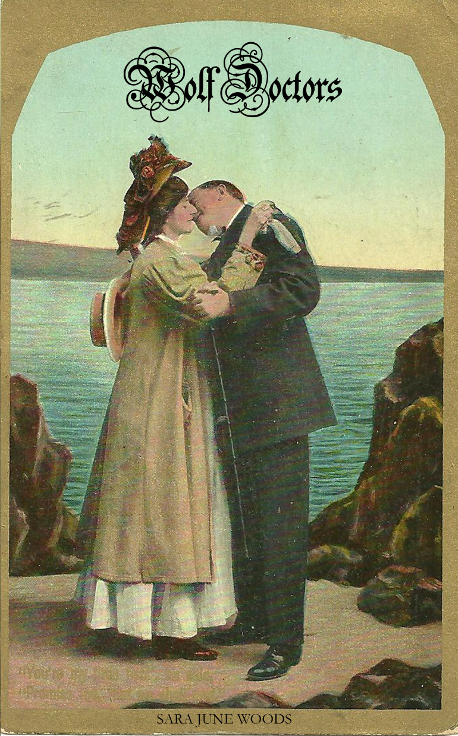 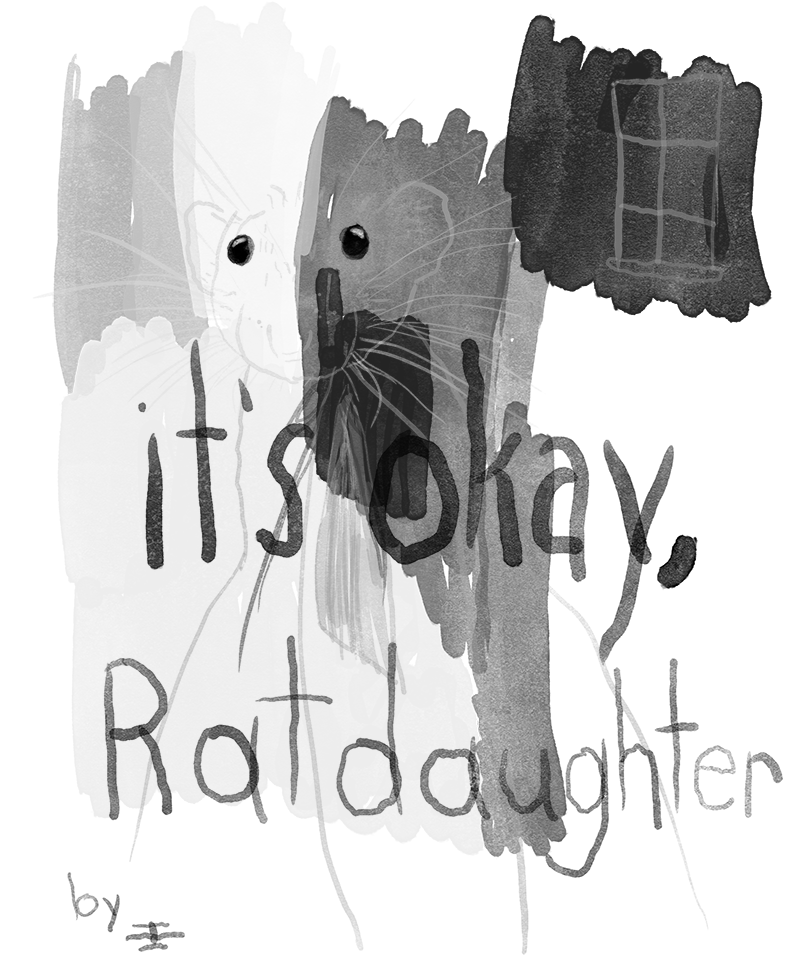 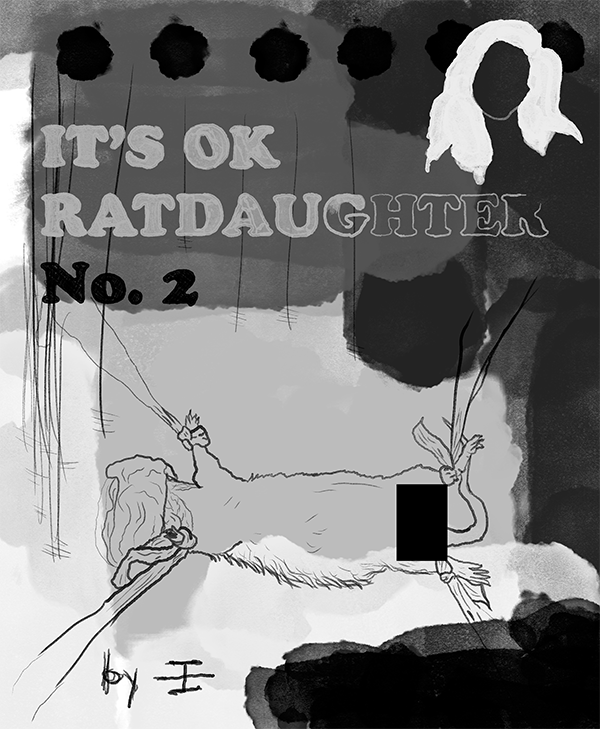 It's Okay Ratdaugher is an ongoing autobiographical experimental comic zine about transition, family, alienation and loss told through grayscale scribbles, doodles and tracings. 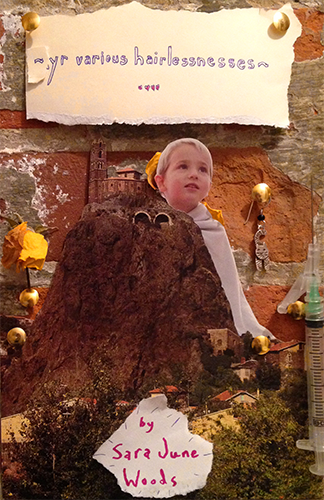 Originally part of an unfinished project where the author wrote custom epistolary poems to people who contributed money for her laser hair removal at the beginning of her transition, this digital chapbook is full of wandering one-way correspondance and dreamlike digressions. A sylistic companion to the letter-poems in the third section of Careful Mountain.